Mysteries Of Science – Stranger In A Strange Land 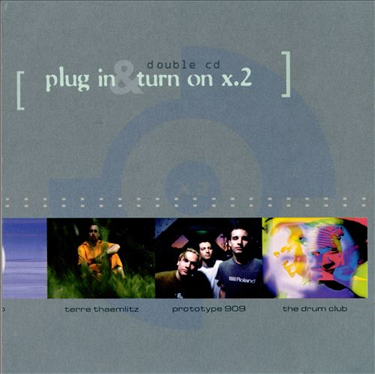 Summertime seems to have a strong effect on my musical preferences despite the fact that I live in a place that doesn’t have very recognizable seasons. I think there is some inert biological shift within us based on our relationship to the sun. Similar to how our brains produce melatonin hours after the sun goes down in order to induce sleep, to me it seems that there is a similar process that happens as the seasons change, only in slow motion. Anyway, this is only slightly related to what I really wanted to post.

Years ago, out of what seemed like nowhere, this guy named Dominic Woosey showed up. He was mostly known (at least by me) for his main aliases Neutron 9000 and Mysteries Of Science. He actually released tracks under dozens of aliases and on many different labels. His major releases were on Instinct and Recycle Or Die. To be fair, he didn’t really appear out of nowhere but he definitely disappeared into the nowhere. I believe that all of the tracks he released were between 1990 and 1995 so a full 5 years, and then nothing… He can still be found, he has a new alias (Billy Rhomboid) but I don’t think he’s writing. I think it’s more of an Internet persona than a musical one. So he’s around, just not musically…

When I hear this song I think of summer, specifically summer evenings. I find the title rather contradictory because listening to it I feel quite at home, not a stranger as the title would sugeest: